Mr. Ishwar Ramlutchman started AC Industrial Sales and Services in 1998 as an independent, privately owned organization and has successfully provided solutions to several municipalities and communities as well as private organizations in ourprovince.

As you may know that our country has seen a new democracy which makes up our Rainbow Nation of various cultural , ethnic and religious groups. KZN AC Industrial’s abiding philanthropy and concern for the underprivileged is highly respectable and appreciated.

I am proud to have been associated with a young and dynamic community leader and business man who is passionate about serving our people of our country. He adopted the social responsibility as a fellow South African to serve the poorest of the poor.

I salute Mr. Ishwar Ramlutchman CEO – of KZN AC Industrial for his good working relations with the government and communities. I salute this young Humanitarian and I am pleased to know that our Premier of Kwazulu Natal, Premier Sibusiso Ndebele has bestowed The Provincial Government “Humanitarian Award” as a token of Gratitude and Appreciation for his selfless service and wish KZN AC Industrial every success in the future.

The Following Humanitarian Awards were Awarded to Mr. Ishwar Ramlutchman 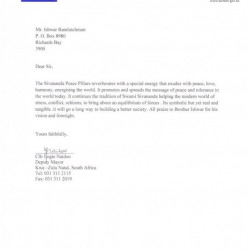 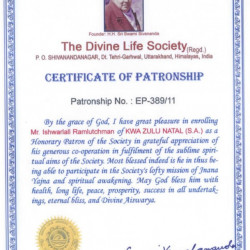 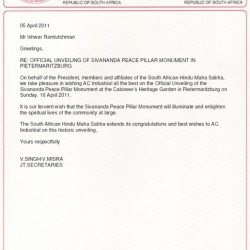 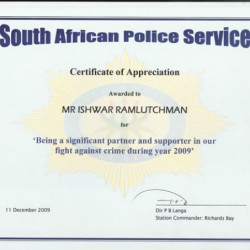 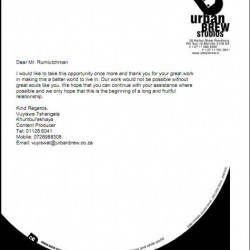 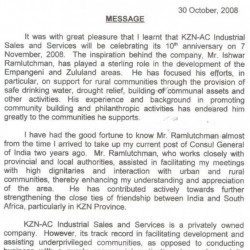 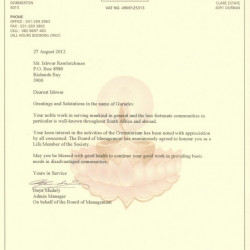 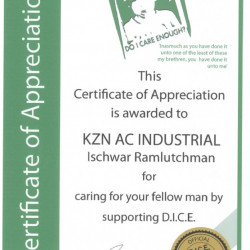 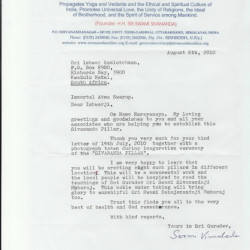 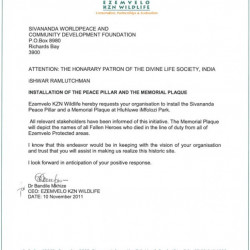 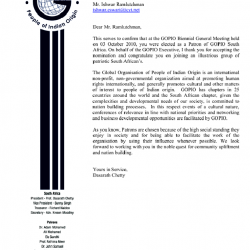 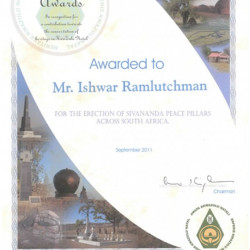